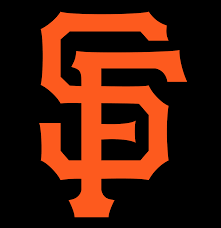 Lawrence Earl Greenwell was born on January 29, 1948 in Napa, CA.  He grew up playing baseball and running with his pals throughout the neighborhood.  Dad loved all sports but perhaps baseball the most, and most especially his San Francisco Giants.

After graduating college and earning a teaching credential, Dad moved to Placerville in 1972.  He met and married Idahlia (Lynn) Miller, and in 1975 their two fathers worked together to build them a cozy A-frame on five secluded acres in Garden Valley.  Larry and Lynn divorced in 1983, but Dad continued to live there for the rest of his life.

Dad was a teacher at Gold Trail School from 1973 until his retirement in 2004.  He taught Math and P.E.  Dad coached flag football, volleyball, wrestling, softball, track, and cross country.  He was the school’s Athletic Director for 15 years.  In 1990, he began a program for the school basketball teams to play at Arco Arena each year, and then watch a Kings game.

“Mr. G”, as he was affectionately named, was adored by his students.  His quirky and silly personality enabled him to relate to the kids at their level.  He made school fun.  After retiring, whenever Dad ran into one of his former students, he never forgot their name.

While Dad’s students got to enjoy him as their teacher, his two children were blessed to have him every day.  Summer vacations were spent playing outside on the property, taking camping trips, staying at the family vacation home in Berry Creek, and watching All My Children every single day.  The “soap” was so important that family pets were named after main characters:  Opal the Cat, and Phoebe the Dog.  Dad gave his children many treasured memories of summer evenings playing at Lion’s Park, while he pitched for his softball team, sponsored by Hangtown Pizza.

Dad always had time for a game, or a talk with his kids.  Perhaps their favorite game when they were small was, “Bite the Sprinkler” - riding on Dad’s back as he crawled toward the sprinkler on the lawn and tried to bite it without being sprayed. (Beer may have been involved).

In 1997, Dad became a part-time bus driver for El Dorado Transit.  He especially enjoyed helping transport the mentally and physically handicapped, and the elderly.  He said he liked to make their ride as pleasurable as possible.

Dad was a wonderful son to his beloved Mom Marilyn, helping her and visiting her in Napa at least once a month after his father passed away in 2003.  He continued this until her death in April, 2021.

The most important place in the world to Dad was his home in Garden Valley.  He made it what it is to his kids:  the best and most wonderful piece of land on God’s earth.  As they grew up and moved to homes of their own, no place would ever quite be “home”, like Dad’s.

No services will be held at this time.

To send sympathy gifts to the family or plant a tree in memory of Lawrence Earl Greenwell, please visit our tribute store.