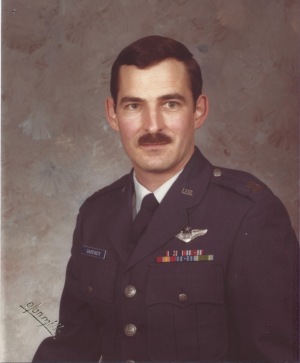 Royal was born to Duncan Gardner and Marian (McMillan) on April 4, 1949 in Berkeley, CA.  He graduated from Aragon High School at the age of 16 and went on to receive a B.S. in Physics from the University of California, Berkeley. After graduating he joined the United States Air Force as an officer and flew in multiple operations, ultimately retiring from the California Air National Guard as a Lieutenant Colonel.

He is survived by his children: Jeanette (Gardner) McNamara [James McNamara], Christina Gardner, and Ian Gardner; their mother, Eva Gardner; his siblings, Nona (Gardner) Weiner and Janet (Gardner) Anvick; and his grandchildren, James, Jasmine, and Jakob McNamara.  He is predeceased by his parents and brother, Norman Gardner.

He was kind hearted, with a bright mind, and life long thirst for knowledge. His ever eagerness to complete a crossword puzzle, play cards, outsmart streetlight grids, hunt down unbelievable bargains, and help a friend in need will be sorely missed.

With heavy hearts we say goodbye.  A Celebration of RJ's Life will be held at a future time with details to follow.

To send sympathy gifts to the family or plant a tree in memory of ROYAL McMILLAN GARDNER, please visit our tribute store.